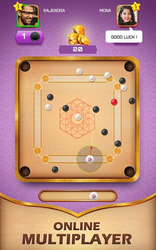 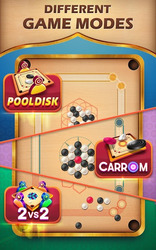 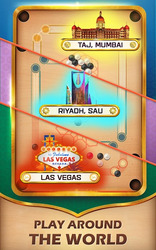 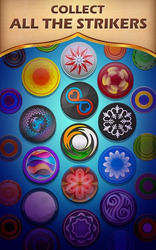 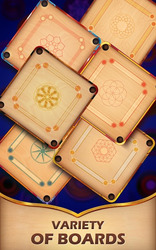 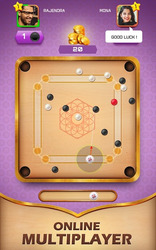 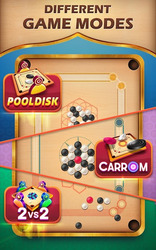 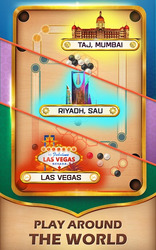 Carrom Friends is a sport-based tabletop & carrom board games of Indian version. Don’t miss out on this fun and relaxing carrom games!

Carrom Friends is a real-time, family-friendly, online carrom board game that will revive your childhood memories. play the World best carrom Disc board games & be a carrom star. Create a carrom club & be a king of online carrom game.

Carrom or Karrom or caram, an Indian version of pool or pool billiards or carom billiards or billiards City, play billiards games with cross platform multiplayer and pot all the coins before your opponent to win!

Since ages you could easily identify playing carromboard game Disc pool game by families, including children and at social platform. Carrom Friends is an exact replica of your favorite childhood carrom game you can play it digitally now and with more ease. All you need is to aim & release striker & to drop pucks in pockets.

It is a free-to-play classic carrom board king game with a concept similar pool and shuffleboard. carambot game come with a customization options allowing players to personalize their carrom board games by choosing from 6 different boards, pucks and striker in careme board. You will also find smooth controls and realistic physics in the world Carrom Pro game.

Connect with Facebook.Like an old school, you can play carrom board online game anywhere and anytime with your own Friends as well..! Exciting isn’t it?
You can invite, challenge and compete with your friends in carambot game.

Carrom friends or carom friends Disc pool game has in total 3 modes. So, nothing can refrain you from playing this most loved pool game ever even if there is no internet or WiFi connection.

Carrom Mode: Careme board is more like a classic board game of carrom, where you must pocket the queen and cover it with one of your pucks in caram dice pool.

Pool Disk: This mode allows you to play cramm board without queen, so you can straight away pocket all your pucks and win the carrom disc pool games.

2 vs 2 mode: A multiplayer mode where two teams of two players will play against each other as a carrom board game match.

Play Offline: You can play this mode even if you don’t have the internet or WiFi connection. you can play ceram bod game with our AI throughout 3 levels i.e. Easy, Medium & Hard.

If you have ever thought about playing carrom games a real table, Carrom Friends is the perfect way to pick your favorite carrom Disc poll game.

Carrom Rules:
A striker within the baseline must touch both the front line and the rear line. If a striker pockets the Queen and/or one or more pieces of her own colour, the player retrieves the striker. When a player pockets the Queen but does not cover it, the Queen is returned on the carom board.

A game in which two players hit pucks & balls into holes at the edges of a table using a long stick called a cue. Pool & ludo is similar to snookar and billiards but is played on a smaller table.9 Ball Pool is an online and mobile-based billiard-themed pool simulation sports & board game.

Carrom Friends : Super Star will give you the experience of playing with a real carromboard.

Check more on Wikipedia at https://en.wikipedia.org/wiki/Carrom