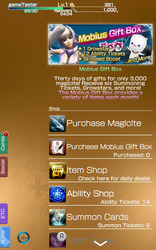 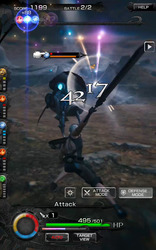 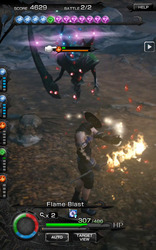 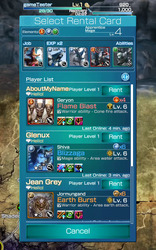 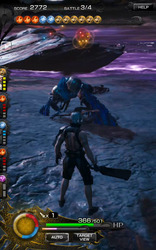 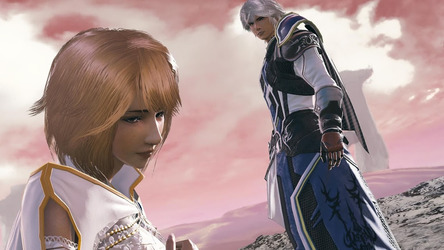 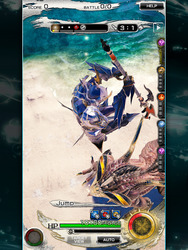 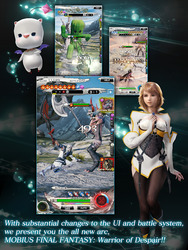 With substantial changes to the UI and battle system, we present you the all new arc, MOBIUS FINAL FANTASY: Warrior of Despair!!

■ A deep story and stunning visuals.
Experience an exciting new story penned by Kazushige Nojima of FINAL FANTASY VII and FINAL FANTASY X fame, visualized with 3-D graphics never before seen in an RPG for mobile phones!
Each chapter release will be accompanied by grand in-game events adding new playable content and exciting customization items for your character!

■ A new and refined RPG turn-based battle.
Experience a new battle system specifically designed for mobile devices, creating highly tactical battles where each action flows into the next, chaining attacks and abilities in a rhythmic flow that brings destruction to your foes!

■ FINAL FANTASY's vaunted "Job System" returns.
Delve into a deep character customization system allowing for a near limitless number of combinations between job classes and specialized elemental abilities.
Choose your job, build your "deck," and destroy your enemies!

■Special Region: Limited-time Extravagant Events!
This special region may at times intersect with other worlds or at times hold limited-time events.

You can see precious side stories and obtain exclusive items here, so don’t miss out!

"The Warrior of Light shall vanquish Chaos, leading the world to Salvation."
Thus it was foretold in the prophecy...yet, that which came to pass was not what was foretold.

The Chaos which drove mankind to despair was destroyed,
but the hero who game them hope vanished.

Yes- by your hand.

Their memory lost, the people whisper.

There exists the one who transformed this once beautiful, hope-filled world.

"The Warrior of Despair" known to none.

In an age now bereft of tales to be told, the world hungers...for a new legend.