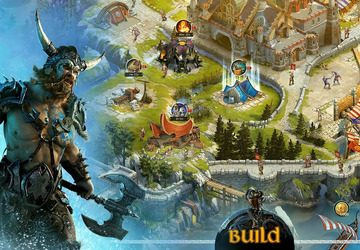 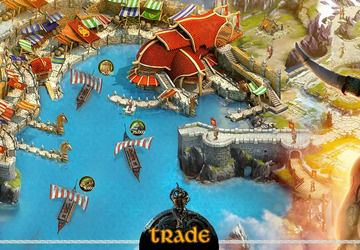 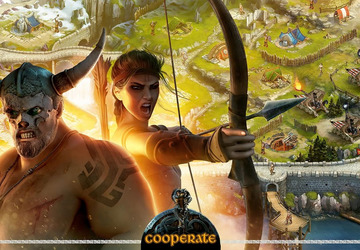 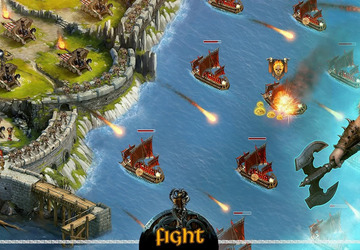 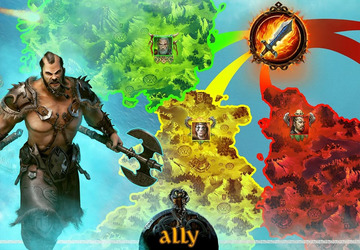 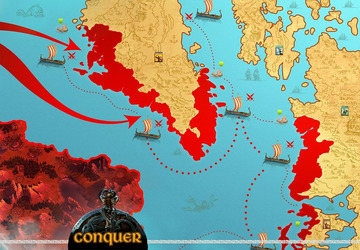 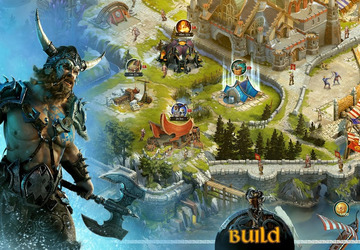 The era of epic conquests and grand deeds has come. Only you have the right to decide the fate of the empire. Make your kingdom inviolable, become the leader of a powerful army, and write your name into the history of the North!

Plunge into the harsh world of the Vikings: War of Clans MMO strategy game. Plan victorious attacks, lay traps, and form onslaughts. May the war of mighty jarls reveal who is strongest.

This epic strategy game uniting millions of people across the globe will reveal the secrets of the Viking empire and become an essential part of your new life – full of excitement and grand exploits. Master the art of war and you will become the ruler of the kingdom.

Battles in this strategy MMO offer chances to try yourself in the role of fearless jarl, skilled warrior, flawless strategist, and diplomat. What will you do in the vast lands of the North?

✔ Increase the might of your empire and don't leave your enemy even a single chance for survival. Remember: a wise warlord cannot win without an army. Train recruits, develop perfect strategies and cunning tactics. The battle for power promises to be epic.

✔ Achieve the immortal fame of a hero that will eclipse the greatness of legendary Vikings. Perform espionage, craft weapons, and keep your eyes open – a great war is coming. A war where only the chosen ones will survive. A war controlled by the leaders of the empire.

✔ Erect buildings and build powerful structures. By upgrading the economic stats of your town, you'll bring your kingdom closer to victory and solidify the empire's power in the northern lands.

✔ Search for loyal brothers-in-arms and unite in alliances. Prove that your clan is your military family whose power can destroy the enemy's army on the battlefield.

✔ Defend your empire from attacks and extend the borders of your dominion. Remember: your kingdom is your home. Only the most courageous and decisive will earn the gods' favor.

✔ Develop a strategy. Consider the strong and weak points of each warrior, hone your skills of warfare to perfection, and uncover the cunning traps of your enemies. The outcome of battle depends on you.

Captivating MMO Vikings: War of Clans offers not only dynamic battles, but smooth gameplay and stunning graphics as well. What awaits you?


Communicate with people from across the globe and enjoy stunning graphics. Please note: Vikings: War of Clans MMO strategy game is free to play, but has optional in-app purchases for real currency.

We are constantly improving gameplay and introducing exciting updates for MMO fans from all over the world. Feel free to share your ideas and suggestions – together we’ll make the Viking world even more enthralling!

No doubt, the large-scale battle for the honor of the empire will have you hooked right from the start. Create a powerful clan, conquer the whole kingdom, and crush your enemies.

You are a Viking! You are the Hero!

Clash of Queens: Light or Darkness