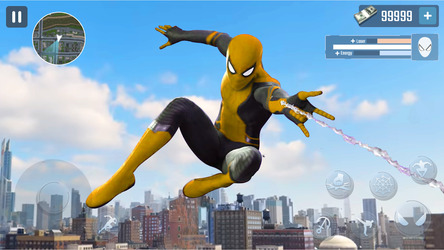 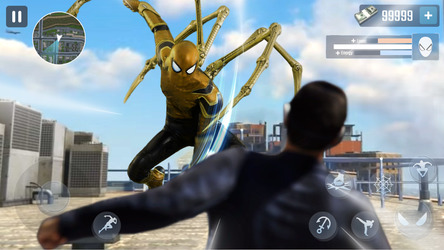 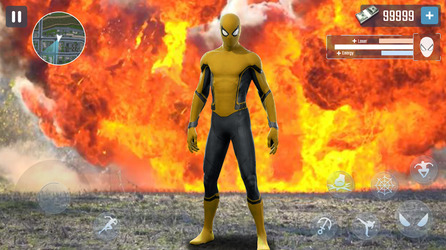 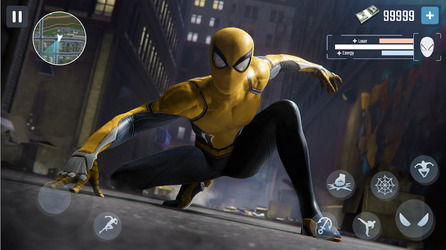 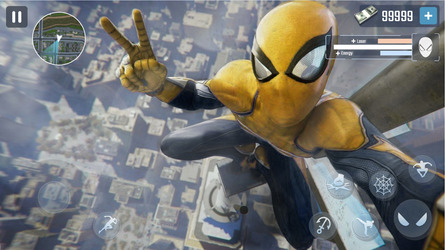 Spider Rope Hero have special real powers. You can shoot dangerous laser beams from your eyes. You can shoot a rope to a building and climb over the building to the top. Your legs are also very powerful. Don't underestimate them. Don't mess with the police, they are the good ones. The style of the city is similar to Miami or Las Vegas but actually it's New York.

? Spider Rope Hero game with a lot of guns to buy

? Amazing spider-man games can be in hours and smoothly

? Spider rope hero games can equip and upgrade the weapons that you are using in gangster New York City

? Move your super rope hero character with the help of joystick

? Super hero attack by tapping on the attack button

? Survive till the last frog hero by killing anyone who comes in your way

Spider-man games have special real powers. Ninja frogs can shoot dangerous laser beams from your eyes. You can shoot a rope hero to a building and climb over the building to the top. Super hero is very powerful. Don't underestimate mafia gangster vegas. Don't mess with the police, they are the good ones.

Frog hero dominate the city in Spider-man games with a devastating firepower of advanced military vehicles or upgrade your rope hero to knock down enemies in a few kicks!

Spider man game can also buy a lot of things in a shop to help you complete missions and release the city from all mafia sinners.

? Become a Spider-man Rope Hero is easy, but to become a super rope hero will depend on you. All the citizens are waiting for you to rescue them.

The whole crime city will fear you, be careful and finish all the power spider missions. Let’s start your adventure spider far from home! Use all your fantastic power and marvelous strategy to protect the people of San Andreas. This is the best vice spider man superhero game available in the store.

Superhero city rescue vs crime city mafia is here, it does not need any rope to fly around and fight to rescue the world. Combination of futuristic games and superhero fighting games with the twist of superhero fighting in the city as a superhero. Only the brave battle hero chosen from superheroes having superheroes and best flying panther skills can save the innocent people of the surviving city in City wars. One of the best spider-man games.