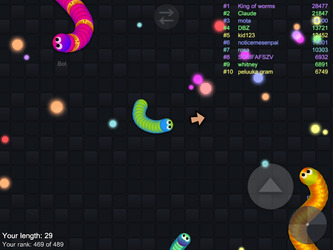 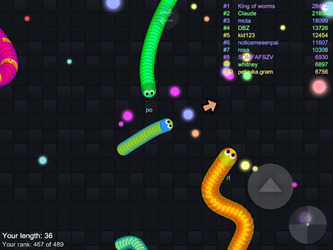 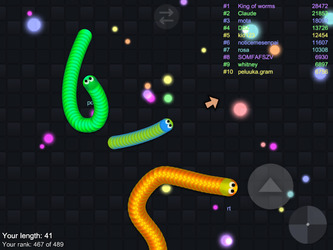 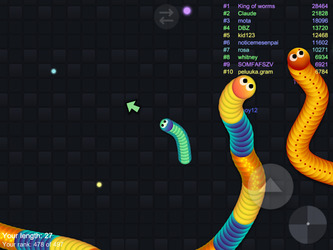 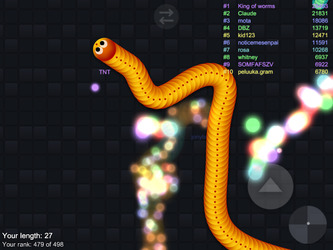 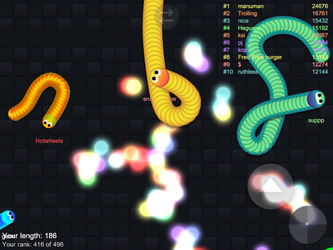 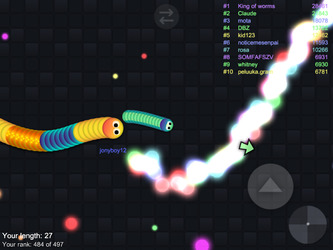 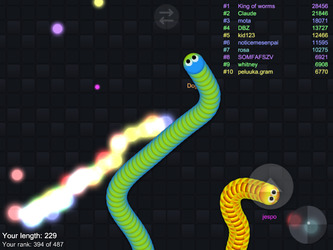 Play against other people online! Can you become the biggest snake?

Unlike other games, you have a fighting chance even if you're tiny! If you're a nimble navigator, you can swerve in front of a much larger snake to defeat them - no matter what size you are!

The biggest snake of the day gets to set a victory message that the ENTIRE WORLD will see!

Tips:
- You can only bite the things (part of others’ body) that are larger than you.
- When you attack you lose your mass
- You can attack towards the tail of others’ snake and start eating from there

HOW TO PLAY:
- Eat little color dots
- Avoid other worms
- Slither your snake to move,
- Press attack button and speed up towards others’ tail.
- Try to slither around enemies and became the biggest worm possible
- Bite any part of other snake to make others’ tail lifeless
- Eat the mass of tail that you make lifeless.

No Lag and no performance problem. Smooth game play with this snake IO game. You can play everywhere (no matter online or offline).

Play against other people online! Can you become the biggest snake?